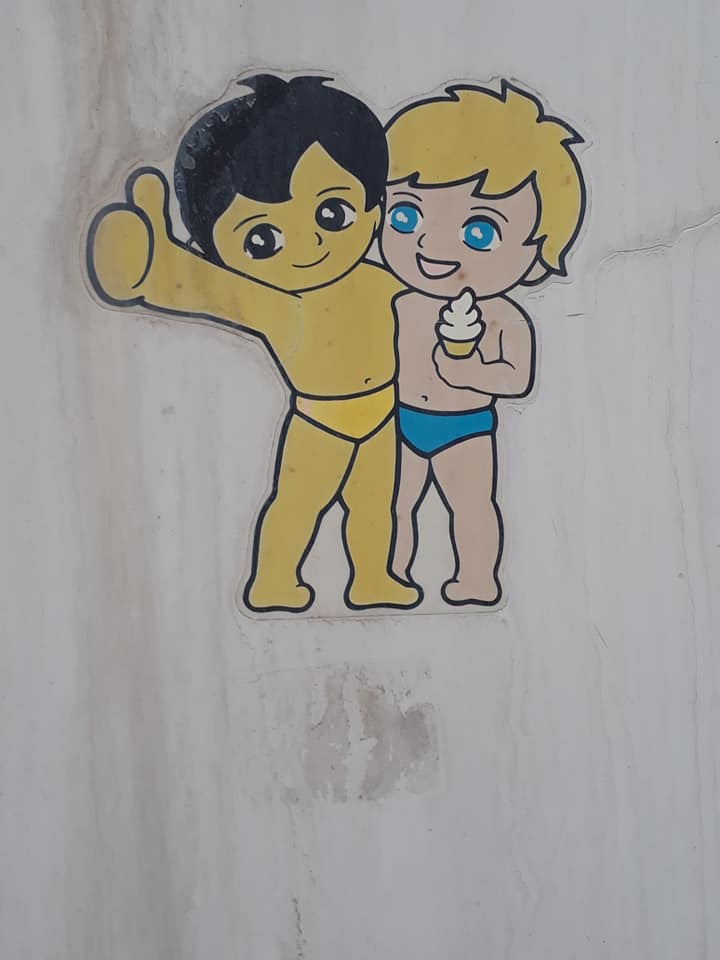 In offices
It would be euphemistic to talk of hardliners when referring to this mixture of stubbornness, open refusal of work, masked as hyperactivity, the reluctance to cooperate and the insistence on endlessly long chains of commands and stiff hierarchies.

Not even pighead would be the appropriate term, but the concrete in these heads have been hardened over decades so that not even the good old hammer (apparently without its former sister sickle) would succeed with breaking open a tiny little inch. It seems to me that the bureaucracy of the former Soviet republic has outlasted in Tajikistan’s governmental and institutional structures today. That would also explain why an older generation of men occupies all positions of decision-makers. For every single concern, be it very little, a letter has to be written, submitted and signed. But even that does not help to reduce endless discussions. It is so obvious that from the offices of decision-makers down the chain to a simple employer who can still show off despite having zero balls but a desk, a tie and a keen taste for badly fitting cheap suits – all these men have very little work on their tables and besides that, such a sparse office equipment that there simply can’t be no other tasks than serving and waiting for something to happen.

Outside
Whether at the sidewalk, in the park, at corners, in squares, men gather in groups. Most of them are very young and busy with their mobile phones – in certain public places there is wifi; at home many can’t afford an internet connection. Students have to wear suits, which is why they don’t necessarily differ from employees in the streetscape. There are squares where day laborers are waiting for work, probably on one of the many construction sites, for a starvation wages, without any security measures or even health insurance. Officially, the unemployment rate of unemployed male youth in Tajikistan is 21%, that of adult men 11%, slightly higher than the general unemployment rate (source: World Bank). The unemployment rate for women is 9.8%, but the share of women in the labour force is only 31.9% (source: Austrian chamber of commerce). Many men go to work in Russia, now also in China and Turkey.

The public space in Dushanbe, regardless of the time of day or night, is dominated by male presence. Presumably many are on the streets because they are unemployed. I understand that I am stared at, I just look different. None of the men would physically approach me and, if I approached them, they would probably react embarrassed. But they appear predominantly as if the public space belonged exclusively to them. How else, if every five meters it seems, a big banner with the picture of the president in a power-demonstrating pose can be seen? Women are much less visible in the public space and cannot be seen in such groups. It really makes me feel uncomfortable to have to walk past these groups of men on a simple way. Whether in the canteen of the national library or in a Turkish restaurant: I hardly see men and women sitting at the same table, but men at the tables in the center of the room, women at the edge. I’ll probably also be stared at because I’m traveling and just walking on my own. That is not allowed for most daughters, sisters and wives here. If I was to invite the three young female professional musicians to Germany, their teacher has to travel with them. They’re adult, that’s why parents are demanding them to be controlled. It’d be their first and only trip to Europe as musicians, because already at the beginning of their 20s, they have to get married. Marriage goes with having to give up the career as musicians.
In public space, I see more groups of two or three women who walk with linking arms, less women walk on their own.

Behind closed doors
The UN Committee on the elimination of discrimination against women noted in a report on Tajikistan in 2018:
„Women belonging to the Pamiri minority group, who have more freedom to study and work, face prejudice and stigmatization from the Tajik majority since they do not comply with patriarchal attitudes and prescriptions regarding women’s behaviour.“ (page 7)
https://tbinternet.ohchr.org/_layouts/15/treatybodyexternal/Download.aspx?symbolno=CEDAW/C/TJK/CO/6&Lang=En
The social pressure on women is simply so huge that most of them probably accept a life of inequality, discrimination and violence. Domestic violence and rape in marriage are not liable to prosecution; the UN report mentioned above also states that 97% of men and 72% of women think that women have to endure violence to keep the family together. (“Gender-based violence against women remains widespread but underreported in the State party, such that 97 per cent of men and 72 per cent of women believe that a woman must tolerate violence to keep a family together“).

At a private gathering, a Tajik woman told about her experiences, she remains anonymous here.
She is 34 years old, well educated and working in the embassy of a European country. She is divorced and has a child. It was a marriage of love and she herself says that it is an absolute exception. Although men and women get to know each other before marriage and meet, sex before marriage is out of the question. The rest is arranged by the families. The Tajik woman says she was very much in love and would not have wanted to admit that her husband was violent. She had hoped to change him. With the birth of her child she realized that she had to divorce to escape the violence. Her sister, however, who had been living in a very violent marriage for many years, reacted unsympathetic: she had finally persevered “for the family”, so other women should be able to do the same. The mother reacted in a similar way. This is the rule, says the Tajik woman: the female relatives do not help survivors of domestic violence, they put them on pressure to stay married. How can women ever escape from the vicious circle of violence if there is not even the spark of empathy, sisterhood, solidarity and awareness of injustice?
Beside that, I find the idea of “changing someone” quite strange. It derives from the misconception of women willing to self-sacrifice no matter what they experience, their “natural” heavenly patience and infinite ability to love. Quite a lot of men in Tajikistan must be thinking of changing their wives when getting married, cause then women are no longer individual human beings, they become property with which men believe they can do whatever they want. The idea of a relationship that can only be mutually enriching when partners accept themselves as who they are, seems light-years away in Tajikistan.

How shall children be growing up becoming empathic human beings in such an environment? I don’t even want to think about violence against children, I’m sure it’s widespread. Social networks in Dushanbe circulated photos of a dog that children had literally tortured. This cannot be solely due to the ambivalent relationship of Muslims towards dogs. Violence is learned and passed on to those who are vulnerable. Apart from that, I wonder what care children born in arranged marriages might experience. The social pressure allows practically no decision against children, to have children is duty. Young women are lucky if they are allowed to finish their education or studies beforehand. It makes me very sad that almost no woman here would understand what reproductive rights are. Even the use of tampons does not seem to be widespread, not to speak of condoms at all. At least there are women who know what the Pill is. But thinking about female pleasure? Inexistent.